The Amsterdam Metro connects not only the region of Amsterdam, but also some of the municipalities outside of the city as Amstelveen, Diemen, and Ouder-Amstel. The metro is operated by the Gemeentelijk Vervoerbedrijf or GVB. Its length reaches 42.5 kilometers and provides 52 stations. The metro operates from 06:00 up until 00:00.

Route 50 serves 20 stations providing a connection between Isolatorweg and Gein.

The OV-chipcard that might be used throughout the entire Amsterdam public transport system will allow to travel be my mean of transportation. Several types of tickets might be loaded on the card.

Children under 4 years are traveling free of charge. Children from 4 to 11 so as adults aged above 65 are entitled to discounts on the tickets. 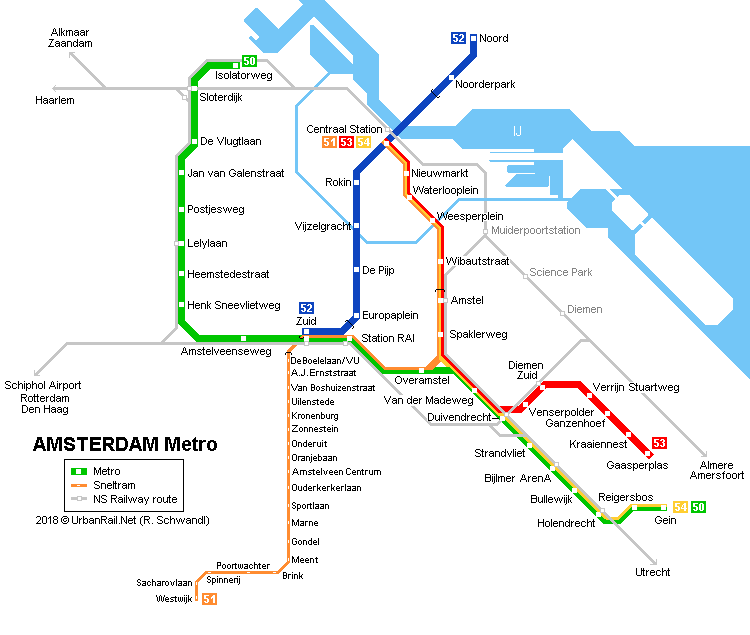